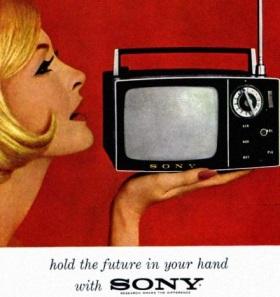 Here’s an unexpected news item: LG Electronics has purchased webOS from Hewlett Packard. webOS was a potentially revolutionary operating system originally developed by Palm but largely ignored by Hewlett Packard even after spending $1.2 billion to acquire it. As part of the deal, LG is also taking over Open webOS, the open-source version of webOS that Hewlett Packard released but also mostly ignored.

The other surprise is that LG is not planning to use webOS on smartphones (of which it has several), but on its televisions that use “next generation Smart TV technology.” Skott Ahn, the LG president, stated in a press release:

The open and transparent webOS technology offers a compelling user experience that, when combined with our own technology, will pave the way for future innovations using the latest Web technologies.

But I find it hard to believe people will choose to use their televisions as a primary device for accessing the internet. It’s impossible to predict the future but it seems to me that the real trend is actually the other way around: for televisions to become “dumb” and not much more advanced than computer monitors.