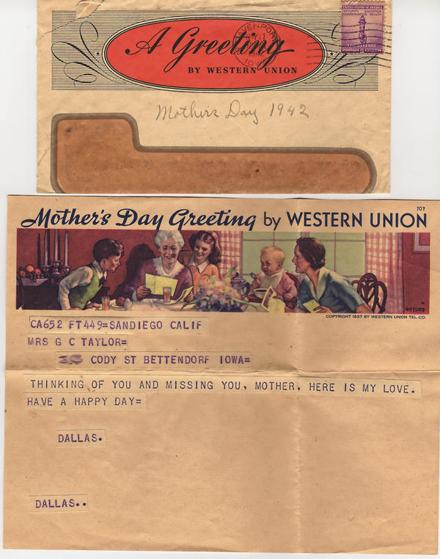 At one time, telegrams were the primary means of high-speed, long-distance communications. They were the email of their day and, like any widely used service, customs and rules grew up around them. A 1928 booklet by Nelson E. Ross titled How To Write Telegrams Properly details some of those rules and conventions. Not solely about writing telegrams, it also serves as a historical snapshot of telegraph services in 1928. The many topics covered include:

The range of telegraph services available at the time was quite impressive. I knew it was possible to send money by telegraph (think Western Union), but I never knew that telegram delivery was possible to a person on a train. Similarly, I had never heard of “Telegraphic Shopping,” seemingly a 1920’s e-commerce prototype providing a way to buy any “standardized article from a locomotive to a paper or pins.” I wonder how far that idea developed.

Another part of the booklet addresses punctuation in telegrams, specifically the use of the word “stop” as a substitute for a period. Telegrams depicted in movies always use “stop” heavily, yet each use would have meant an extra word charge. In real life (from what I understand), most people structured their telegrams so that the meaning was clear without any punctuation. But sometimes an extra word was necessary:

If it seems impossible to convey your meaning clearly without the use of punctuation, use may be made of the celebrated word “stop,” which is known the world over as the official telegraphic or cable word for “period.” This word “stop” may have perplexed you the first time you encountered it in a message. Use of this word in telegraphic communications was greatly increased during the World War, when the Government employed it widely as a precaution against having messages garbled or misunderstood, as a result of the misplacement or emission of the tiny dot or period.

This booklet is one of the many resources on The Telegraph Office, a site devoted to telegraphy, or as they put it “A Tribute to Morse Telegraphy and Resource for Wire and Wireless Telegraph Key Collectors and Historians.”