For the past few months, I have been experimenting with decoding VOA Radiogram. VOA Radiogram is a weekly half-hour show broadcast over shortwave on the Voice of America. Conceived by Kim Andrew Elliott in 2013, VOA Radiogram transmits text and images digitally for reception using only ordinary shortwave radios and computers.

A typical VOA Radiogram program consists of four text news items from the Voice of America and four images. For example, the February 21–22 show (program 99) contained these four stories:

Although it took me a little while to get the hang of the process, decoding VOA Radiogram is pretty straightforward. It requires four things:

For more information, see the article How to decode the modes at the VOA Radiogram website.

In my decoding setup, I use:

One nice feature of the Sangean ATS–909 is its line-out jack. I can hook its output to my computer soundcard without disabling the internal speaker (or volume control) of the ATS–909. 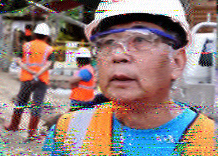 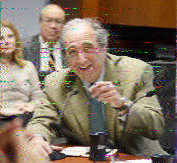 Although it came in well this week, this broadcast is the one that usually gives me the poorest results. I often have problems with severe signal fading, perhaps due to my distance to the transmitter. This doesn’t happen with any of the other frequencies. 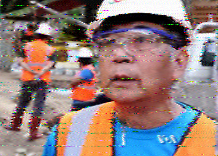 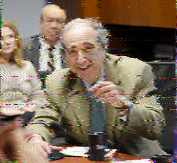 The reception quality this week was a little bit poorer than usual, but still pretty good. 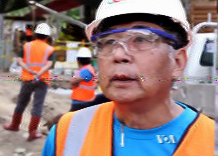 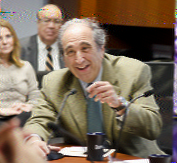 This is the broadcast which usually gives me the best decoding results. All of the pictures (with the notable exception of the fourth) were the best this weekend. There are only a few lines of noise in the first and third pictures, and virtually none in the second.

Every week, Kim Andrew Elliott compiles a gallery of images decoded by listeners as an electronic QSL for reception reports. Some of the received images from around the world are very impressive.

Because of my location (only around 850 miles from the transmitter site), I can almost always receive the text of the broadcast with no errors. I figure the trick for me is to try to get as clear a decoding of the images as possible.